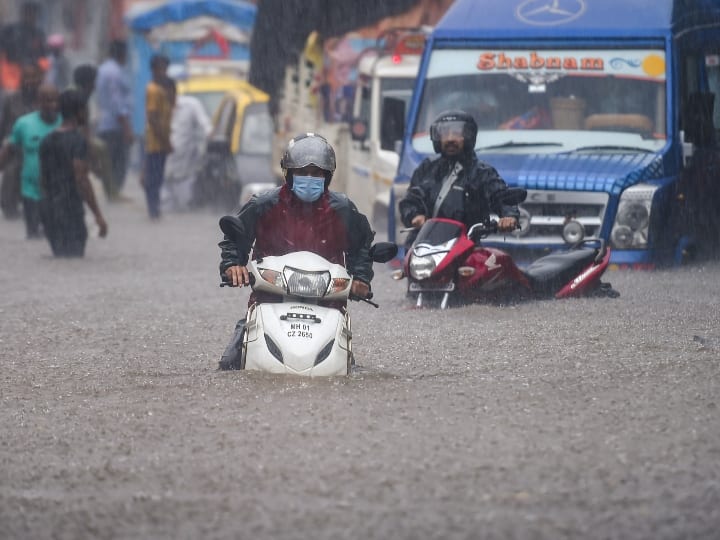 IMD has issued a red alert for Mumbai and neighboring Thane, Palghar and Raigad districts, warning of heavy to very heavy rain at some places on Wednesday. It said that Mumbai and its suburbs received moderate to heavy rains in the last three hours.

IMD Mumbai said in its forecast for 2.30 pm, ‘‘As per the latest satellite data, moderate to heavy rain (two-three cm per hour) is likely over Mumbai city and suburbs in the next three-four days. . There is also a possibility of thunder and lightning at some places.’’

KS Hosalikar, head of climate research and services at IMD’s SID, Pune tweeted, ‘‘Good news. The Southwest Monsoon has been announced to knock on Mumbai-Thane-Palghar today, June 9. Monsoon is passing through Valsad in Gujarat, Nagpur in Maharashtra and then Bhadrachalam Tuni. Conditions are favorable for the arrival of monsoon over rest parts of Maharashtra in next two-three days.’’

Train services suspended due to rain

Earlier, the IMD issued a red alert for Mumbai, Palghar, Thane and Raigad districts with ‘lightning/strong winds accompanied by thunderstorms and very heavy to very heavy rains’ at some places. Estimated. It also issued an orange alert for the next four days for various districts of the Konkan region, including Mumbai.

IMD said that during the days of Orange Alert, ‘‘Heavy to very heavy rain is expected at some places in the districts of Konkan region.’’ It also issued an orange alert for Pune, Satara and Kolhapur districts in western Maharashtra on Saturday and Sunday and an orange alert for Bhandara, Gondia and Gadchiroli districts in Vidarbha region on Sunday. The IMD had confirmed the onset of Southwest Monsoon in Maharashtra on Saturday. Monsoon had reached Harnai in coastal Ratnagiri district.