The actresses who dominated in the 80-90s also included the names of Meenakshi Seshadri and Mandakini. Both went up very fast but they were also away from Bollywood as fast. After winning the Miss India Contest at the age of 17, Meenakshi stepped into the film world with the 1983 film ‘Hero’. After this, he made his mark by working in films like Meri Jung, Shahenshah, Ghayal, Ghar Ho To Aisa, Damini and Ghatak. Meenakshi worked in many films of Raj Kumar Santoshi in her career.

According to media reports, Rajkumar Santoshi proposed her for marriage but Meenakshi turned her down. After this, Santoshi kicked her out of the film Damini. When Meenakshi complained to the film association, she was taken back in the film. Meenakshi was shocked by this whole incident and she suddenly left both India and Bollywood after marrying investment banker Harish Mysore, who lives in New York. 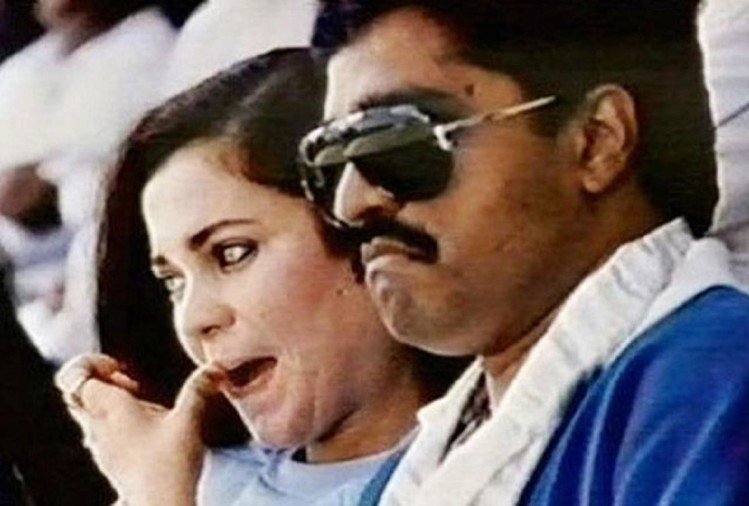 Now talk about Mandakini, she had tremendous success working in the 1985 film Ram Teri Ganga Maili. After this, Mandakini worked in films like Dance Dance and Pyaar Karke Dekho, but after this a photo of Mandakini with underworld don Dawood Ibrahim appeared and everything changed. It was said that Mandakini has an affair with Dawood and he is also investing money in his films. Mandakini had to bear the brunt of connection with Dawood and she got into a lot of controversies. In 1990, she married Dr. Kagyur Rinpoche Thakur, a former Buddhist monk, and said goodbye to Bollywood. Mandakini is now the mother of a son and a daughter.